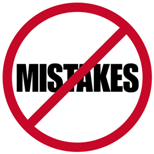 1. Choosing an untrustworthy executor or trustee.

Number 1 on the list of Top 10 Celebrity Estate Planning Mistakes is Tobacco and energy heiress Doris Duke (renowned for her gardens) chose an unsavory trustee – her butler – to manager her $1 billion foundation. When he used assets for himself, it lead to an expensive fight in court that dearly cost the charities Duke wanted to benefit.

Whitney Houston’s father named Whitney as a beneficiary on a large life insurance policy, but it was unclear if he wanted Whitney to keep the money or to repay money owed by Whitney´s step-mother.This confusion led to a two-year court battle which is still ongoing!

Sonny Bono passed away at the age of 62 without even a simple will in place. This lead to many complications, including a secret love child who surfaced and wanted a piece of Bono’s estate.

Marlon Brando’s housekeeper alleged that he made oral promises of a home and continued employment to her, which led to two separate lawsuits after Brando’s death.

5. Failing to finish what you start.

Michael Jackson created a trust, but never fully funded it, defeating a primary purpose of having a trust. This made it much easier for his family to fight in probate court … and made the feud public.

6. Forgetting to tell your loved ones where your estate planning documents are located.

Olympian Flo Jo’s original will couldn’t be located and her probate estate took over 4 years to close.

Princess Di used a “letter of wishes” to leave personal effects to her godchildren instead of specifying her wishes in a will or trust.

Heath Ledger never updated his will with the birth of his daughter, leading to chaos and family members fighting through the press. Michael Crichton is another example. Updates need to be made with life events such as divorce, remarriage, pregnancies and births, etc.

Former Supreme Court Justice Warren Burger created his own will consisting of 176 words; but he left out key provisions and his family paid the price.

By not doing your estate planning, you could end up like Jimi Hendrix and have someone that you barely knew controlling your legacy…after a lengthy and expensive court fight almost 30 years after he died.

These Top 10 Celebrity Estate Planning Mistakes are drawn from Trial & Heirs: Famous Fortune Fights! (www.TrialandHeirs.com) by Andrew W. Mayoras & Danielle B. Mayoras. The Mayoras are both husband-and-wife as well as legacy expert attorneys